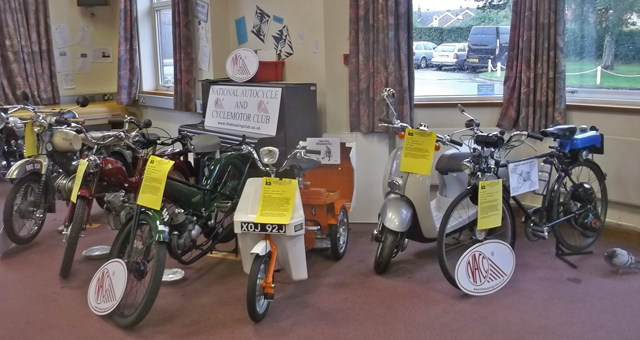 The Shropshire Buzz’Ards Section will once again be presenting an NACC stand at Jim Reynolds’ ‘Borders Classic Bike Show’. The show takes place at Lacon Childe School in the pretty Shropshire village of Cleobury Mortimer over next weekend, 9th – 10th September.

The perennial show, started by Jim Reynolds, and now in its 29th year, has a lovely informal atmosphere, copious cake, an auto jumble and exhibitor camping in the school grounds, plus a Saturday curry night to boot!

John Burgess from the Buzz’Ards may still be on the look out for machines to display … or, if you just want to know more, contact John on 01270 500469 or burgessrepairservices@gmail.com.