A group of seven NACC members made the journey across to Stramproy, tucked away in the SE corner of Holland close to the Belgian and German borders, to ride with members of the RHC  cyclemotor club on their annual rally. We meet many of them every year at Rando Cyclos in France and as this year’s rally theme was British cyclemotors, we just had to go. 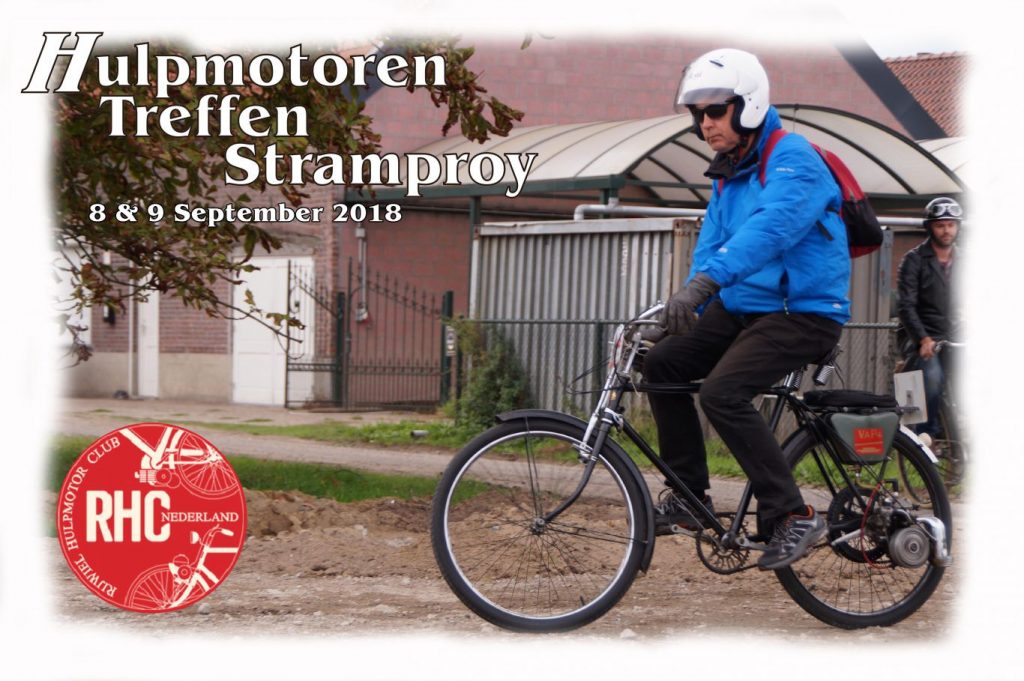 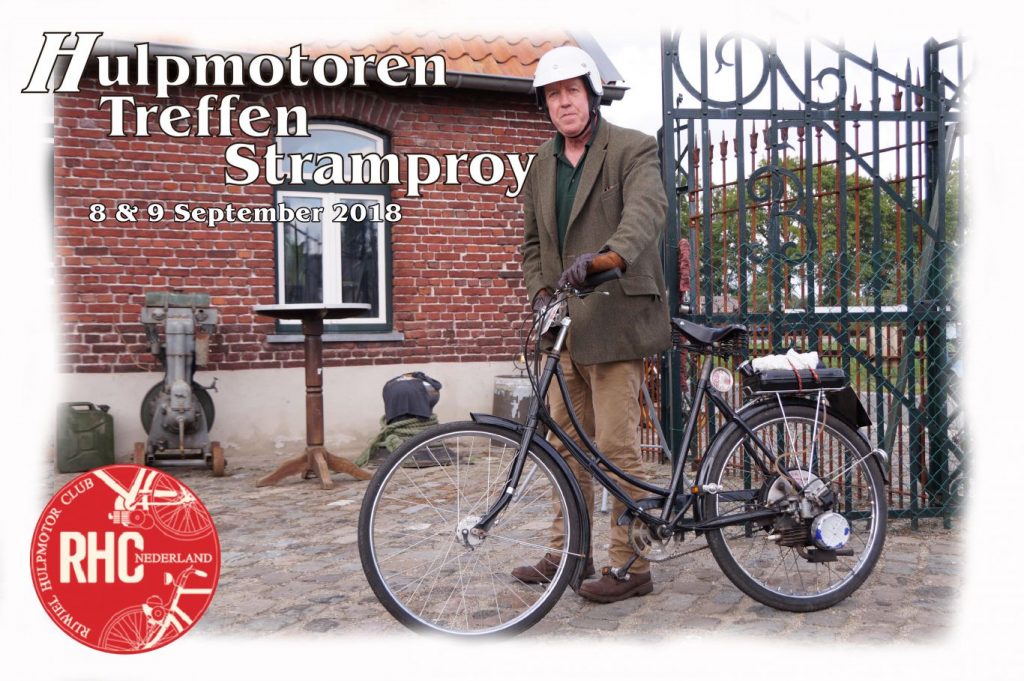 It was a fabulous weekend- Saturday included a visit to Naud Anderkerk’s vast collection of bikes housed on two floors of a big farm outbuilding; a 40km signposted ride through the byways and cycle-lanes (50cc machines permitted) of Holland and Belgium with 87 riders, a tombola for an unrestored cyclemotor and a great BBQ at Naud’s house in the evening. The Sunday run was 60kms and led by organiser Joost Heesakkers on a Cymota-powered tandem, which attracted 65 riders, most on cyclemotors.

We had a lunch stop at the Mullerhof friterie in Belgium, just over the non-existent border, where the popular local delicacy of a chip-filled baguette with a spicy sausage and mayonnaise garnish was enjoyed by many ravenous riders!

A fuller report will appear in a future issue of Buzzing. Our thanks go to Naud, Joost and all their helpers at Stramproy for organising such a fantastic weekend, we’ll just have to do it again next year!